What is the official crossbarfx image that I can use?
I have tried crossbario/crossbarfx:pypy-slim-amd64 and was able to start master and edge using master start and edge start commands. But this seems to be a bit old one which is updated 13 months ago.

I found this commit (open-source code for crossbarfx (~26k LOC) · crossbario/crossbar@9fa0978 · GitHub) which pushed the fx code to crossbar repo. But if I use the same command like master start it is unable to recognize the command.

What is the official crossbarfx image that I can use?

as you noted, the FX code base has been merged into the OSS code base.

to avoid further confusion, I have now also deleted the FX docker hub image repos, as you can get the OSS images for “crossbar” here 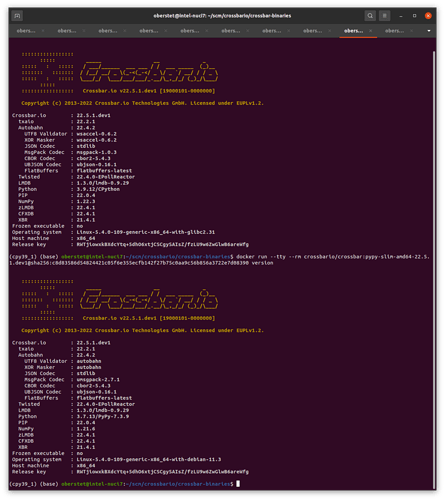